This Is A Custom Widget

This Sliding Bar can be switched on or off in theme options, and can take any widget you throw at it or even fill it with your custom HTML Code. Its perfect for grabbing the attention of your viewers. Choose between 1, 2, 3 or 4 columns, set the background color, widget divider color, activate transparency, a top border or fully disable it on desktop and mobile.

This Is A Custom Widget

This Sliding Bar can be switched on or off in theme options, and can take any widget you throw at it or even fill it with your custom HTML Code. Its perfect for grabbing the attention of your viewers. Choose between 1, 2, 3 or 4 columns, set the background color, widget divider color, activate transparency, a top border or fully disable it on desktop and mobile.

­
Meet The Presidentadmin2016-03-25T22:20:12+00:00
Ernie SanzPresident & Founder
Ernie Sanz (owner of Hacienda Guadalupe and co-owner of Rosa Horses) has an amazing, untiring passion for this incredible, unique, smooth-gaited breed of horses, known as the Paso Fino. Ernie Sanz was born in Miami, Fl. By the age of 2, he was riding and has been riding ever since; at age 9, he began showing. Since then, horseback riding has been the passion of his life. At age 18, he opened his horse business, which entailed the training, boarding and sales of Paso Fino horses. He has become one of the biggest sellers of Paso Fino horses in the United States, selling over 100 horses per year. Ernie has been in the Paso Fino business for over 30 years.

Also, he has continuously bred world-class Paso Fino show horses such as 222, Teremoto III, Prestigio de 4 Aces, Prominencia de Guadalupe, La Guadalupe de la Toja, Soberana de la Toja, Magdalena de Guadalupe, among many others. The book, “Mi Vida en los Caballos,” mentions Ernie Sanz as one of the best breeders of Paso Fino horses. He is an expert and a connoisseur in regards to the bloodlines of the Paso Fino horse.

In addition, Ernie Sanz is a well-respected National Senior Certified Paso Fino Judge. He remembers even the smallest of details in Paso Fino horses that he saw in competition many, many years ago. He can tell you about their most distinguishing physical characteristics, their color, the way they moved, whether they had low or high action in their front end, and about their temperament. There is not much that escapes Ernie’s trained eye for details, which makes him such a trusted Judge, equine appraiser and consultant.
It is said, “If you love what you do for work, you will never work a day in your life”. This phrase certainly describes him. Ernie Sanz made his decision early in life, to make Paso Finos his career. He had no control over his passion for horses; he was born with that passion. Ernie attributes his success to the blessings of God. 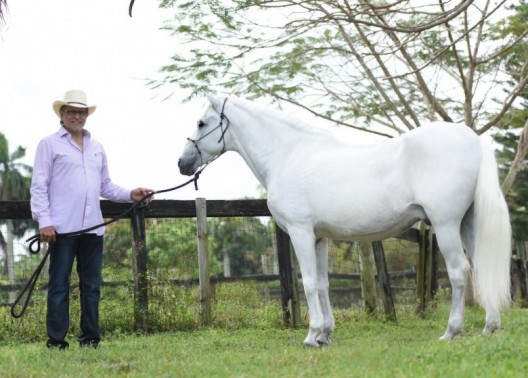 Words From The President

I have been asked to write an article about some of the important aspects of judging based on my experience as a judge in the United States. I would like to share a few ideas from a judge’s point of view, which I think could be interesting for readers of all experience levels. For the purpose of this article, we will focus on a Classic Fino category, one that is highly prized in this sport.

When we look at a Paso Fino horse as a judge (there may not be a more important point than this), the first thing we look at is the overall package, that is, the horse in total. For example, I look for elegance, execution and beauty. So, if a horse has a defect, even one that receives a scoring penalty, don’t let that one problem divert your attention from the overall performance of the horse. Always remember to judge with the overall picture in mind.

After that, I begin to study the Paso Fino horse part by part. One of the judging points that first calls my attention is the speed of the feet. For those of you who may be new to the sport, when I talk about speed, I’m referring to the speed of the up and down motion of the horse’s hooves, similar to the pistons in your car’s engine or the needle of a sewing machine. If we were to create a speed scale from one to seven with one being the slowest and seven being the fastest, we would want the speed of the Classic Fino’s feet to be at level seven, the fastest. However, speed isn’t everything, so let’s break things down a little further.

The next point of discussion is the proper action of the front feet. There are various technical terms for it. Traditionally, it has been called “Finura” or the sharpness of the foot striking the riding surface. Others call it “Timbre” like the firm action of someone hitting papers with a stamp at the office. Furthermore, others call it “Rapides” for the speed or quickness of the front feet. Again, for those of you who aren’t experienced, it’s as if we were looking at the action at the end of a whip as it cracks quickly downward. Another analogy might be the rapid, spinning motion of the drive wheels of a railroad locomotive, when its power is released but the wheels haven’t gained traction yet.

Along with the speed and firmness of the front feet, some consider part of the proper action to be the lowness of the stomp. In other words, the horse should not raise its front feet very far off the riding surface. I do think there’s some truth to this, but it’s not always the case. For example, if one horse is low and slow and another is high and fast the one that is high and fast has a better chance to place than the one that is low and slow, even in a Fino class. So speed plays an important role, not only in competition, but also in every facet of these animals. For example, speed is important in choosing a breeding animal, it increases the appraisal value of any animal. It’s a major determining factor in the value of young animals and it raises the level of placement in all other categories such as performance and pleasure. I won’t go into detail here because that would be a topic for another time.

We begin with the front of the horse so now let’s talk about the speed and action of the hind legs and feet. They are important for a number of reasons which I will list in no particular order of importance. The hind legs and feet are the “motor” of the horse. Those of us who have had the opportunity to ride one of these animals with good posterior movement can attest to this.

In judging the hind legs and feet, we first look for the piston-like action of the hocks. In some cases, this action isn’t expressed well when the horse is fully collected, yet we can still feel it through the power of the impact of the feet upon the riding surface. Once again, like speed, it plays an important role in judging. Sometimes, the force that is displayed in this movement can be seen in a different way. For example, when the rear feet properly execute this action, dirt or grass is thrown backwards. On other occasions, like on hard surfaces, the horse’s feet slide to the rear in a swooping action or as if it were skating backwards.

Now it’s time to talk about “Collection”, that is, bringing into proper line all the parts of the horse in motion. This plays an important role, especially in the United States because it is part of the requirements for the Classic Fino. It is my humble opinion, however, that there are times when we have to sacrifice “collection” if the individual virtues of a horse (that is not quite as collected) surpass those of a more collected one. For example, if one horse isn’t as well collected as another but has better speed, is quieter in the hind quarters, has a better vertical appearance (plumb line), is more elegant, and has more beauty… there is sufficient reason to place the horse that isn’t as well collected higher. But, to keep a proper perspective, remember that collection tells a lot about a horse because the majority of extraordinary Finos down through history have been collected.

At this point, let me interject a few words about a very critical element in competition. What I am talking about now is the rhythm of the Paso Fino gait. What we listen for here is the “taca, taca, taca” sound of the hooves in a coordinated rhythm. Remember, too, if a horse veers toward the diagonal (troche) or the lateral (pace), it loses its opportunity to earn a good score in the competition. In fact, without a proper Paso Fino rhythm in gait, a horse cannot win a competition.

Let’s continue with a few other points although, perhaps, not quite as important as the ones we’ve already discussed.

Judging a Classic Fino competition demands a lot from the horse, rider and judge. And of course, in such a limited space we cannot deliver total justice to the complex art of judging. However, I hope that the ideas I have presented here have been of value to you and can enhance the way in which you view your next competition whatever your level of experience and knowledge may be. 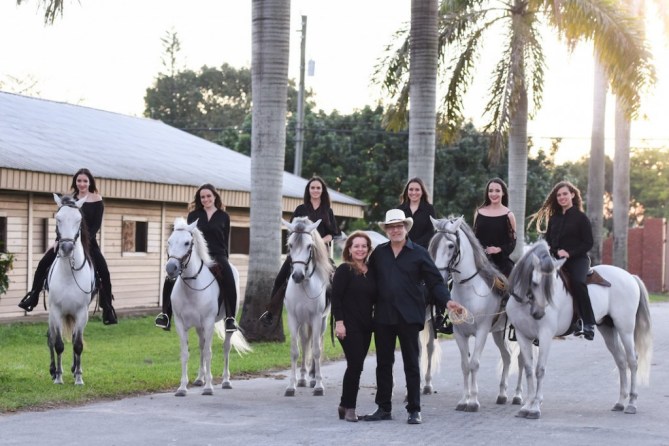 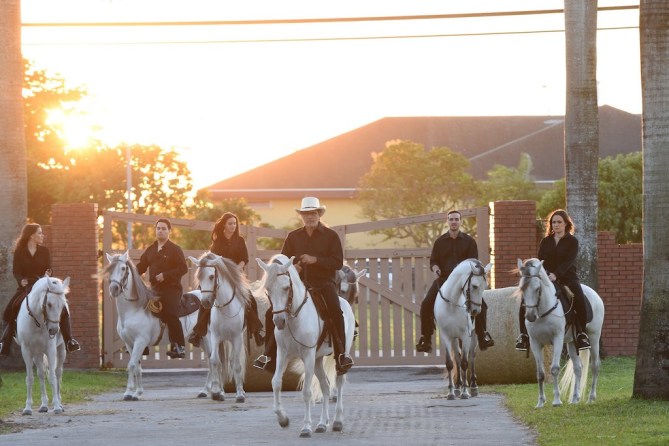